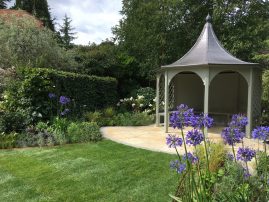 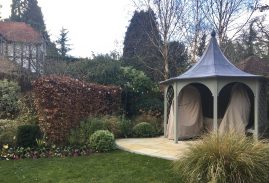 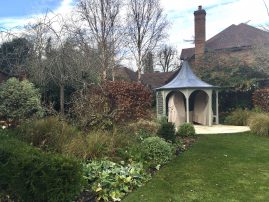 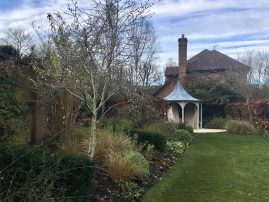 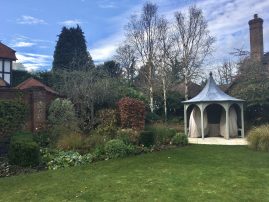 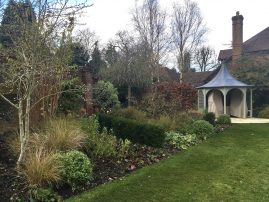 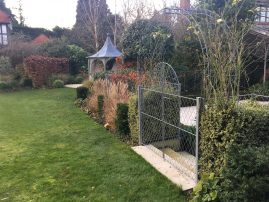 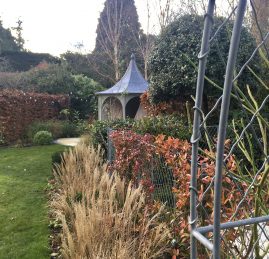 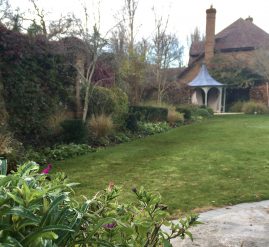 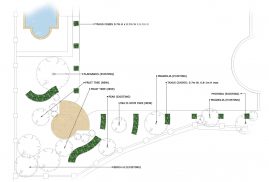 BRIEF: The brief for this garden in Gerrards Cross, Buckinghamshire, was to redesign an area that had previously been a children’s play area and to make it more of an adult entertaining space, incorporate a gazebo and a new evening sun terrace. The borders around the area also needed to be redesigned to incorporate and acknowledge these new elements.

SOLUTION: An existing circular Beech hedge was partially retained, along with a group of Birch trees in the corner, in order to provide a sense of enclosure and give the space an established feel. Curved Yew hedges were added which radiate out from the gazebo as a central point and are then echoed in the borders. In other areas of the garden, cubes of Yew continued the theme and provided year-round evergreen structure. New trees were added to the borders and soft planting and grasses to encompass the new, paved gazebo terrace.